Three Things Every Coach Can Learn From Pep Guardiola

Pep Guardiola is without a doubt one of the most successful football coaches in modern times. Here we'll take a look at the exact principles Pep follows that coaches at every level can learn from. 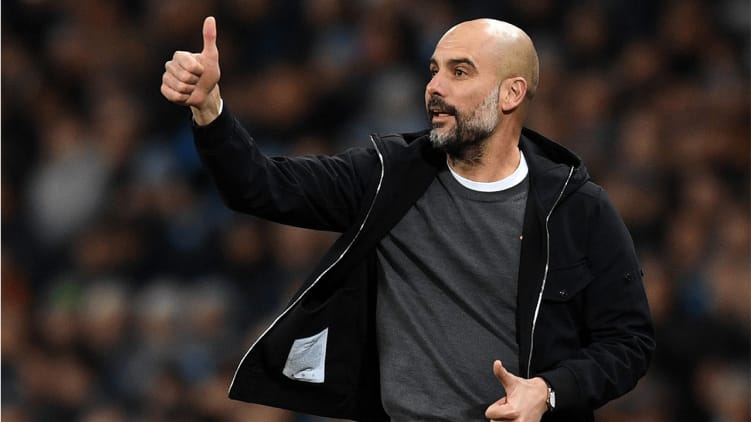 Pep Guardiola is without a doubt one of the most successful football coaches in modern times. Whether we look at his dominant tenure at FC Barcelona where he won the champions league twice, his utter domination of the Bundesliga winning the title every year he was manager at FC Bayern, or his continued excellence now at Manchester City in the Premiere League, there's no doubting that Pep is a master of his craft.

But just what is it that makes Guardiola such a successful manager wherever he has been? Are there some key traits, mindsets, or tactics that set him apart from the hundreds of other professional managers fighting to take their clubs to the top?

Although we see a lot of variation from year to year and team to team, there are some core principles that Pep always seems to follow regardless of the situation he finds himself in. Here we'll take a look at these exact principles to see what coaches at every level can learn from the Spanish genius himself.

1. The Importance of Space

One thing that is immediately associated with Pep Guardiola managed sides is their desire to maintain possession of the ball. Possession percentage is normally a category that Pep absolutely dominates, but how are his teams able to achieve this?

One key is their utilization of space. Offensively when Pep’s teams are in possession, they do an excellent job or spreading players out providing the attack with length, width, and depth. When players have more space to work with, this means that the defense has a harder time staying compact which in turn means that they need to travel a further distance to put pressure on the ball. With Manchester City’s already very gifted stable of technical players, this extra time on the ball allows them to make great decisions in possession, keep the ball for longer periods, and coordinate attacks skillfully while moving into dangerous areas.

To improve players technically abilities and utilization of space, Pep often incorporate rondos and possession drills into his training sessions. Here are three drills you can try with your own team to improve your player’s ability to keep a good attacking shape and maintain possession of the ball.

Keep Away To Target Players

2. The Influence of Total Football

Pep more than many other managers has had close proximity to a very unique style of play known as total football. As a player at Barcelona, Pep was coached by Johan Cruyff who many claim today to be the father of modern football.

Although Cruyff didn’t invent total football, he popularized the style of play in the 70s and 80s while playing for Ajax, FC Barcelona, and the Netherlands.

So just what is total football?

Total football is a style of play where players aren’t bound to rigid positional roles and instead can interchange positions fluidly on the pitch to take advantage of the defense. In many ways, the creation of space goes hand in hand with total football. Movement off the ball allows players to move into positions with more space, or create overloads where the attacking players outnumber the defenders in certain areas of the field.

The key to making total football work successfully is fielding a team with tactically aware players who know where the spaces can be found as well as knowing what areas of the field need to be covered in the event the ball is lost. Pep’s players possess a high level of tactical awareness which he instills in them through cleverly designed trainings, video analysis, and tactical discussions.

The following drills can be helpful for players to get in the habit of passing and moving, interchanging positions, and maintaining tactical awareness while keeping possession of the ball.

3. The Desire To Possess The Ball

Now we've already established how Pep's teams are masters of keeping the ball when they have it. But what does Pep like to do when he finds himself on the defensive side of the ball?

Pep was once quoted saying 'I want the ball for 90 minutes. When I don't have the ball, I go high pressing because I want it back'.

This pretty much sums up Pep's aggressive defensive mentality and it really shows when watching his teams play. If you want your players to get in the habit of hunting down the ball and winning it as high up the pitch as Guardiola's, here's some drills to try out at your next training session!