The Definitive Guide To Soccer Rondos (With 7 Proven Drill Variations)

This is a complete guide on how to help your soccer team improve with rondo drills. In this guide you will learn what a rondo is, why they are used, and how to best apply them in trainings for your team get better at passing, possessing the ball, and more! 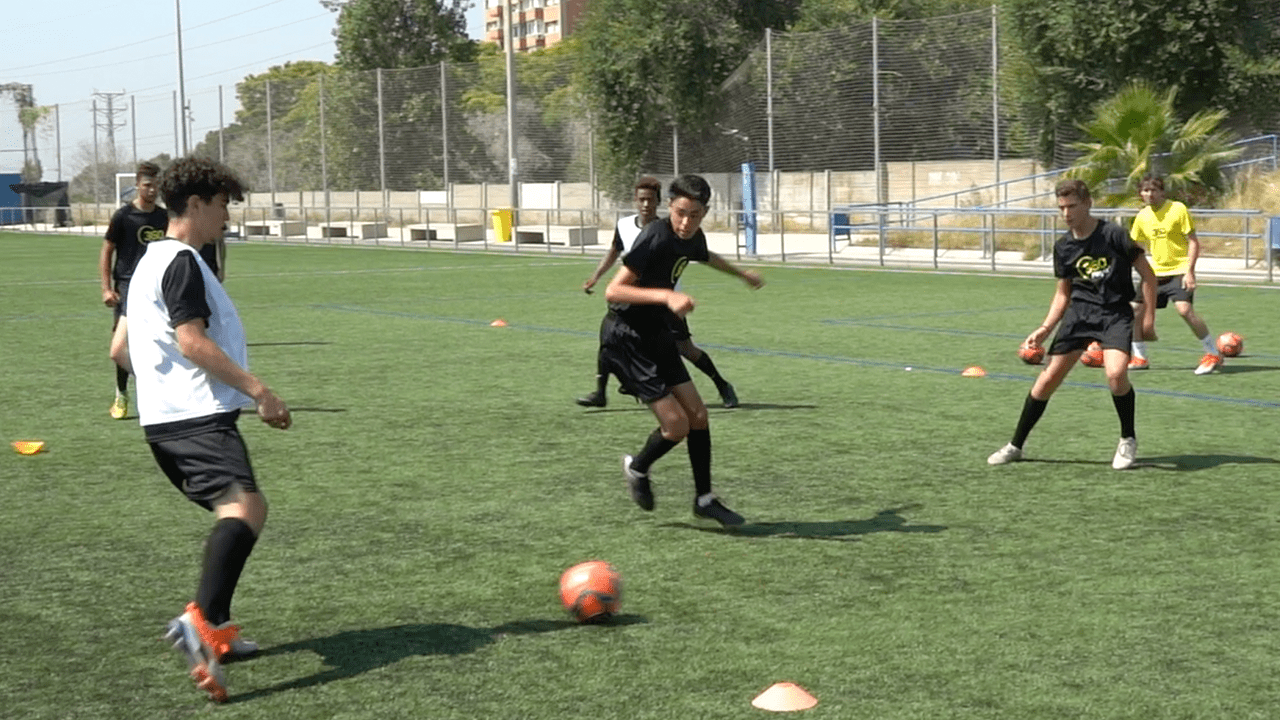 Chapter 2 - How rondos can help your team

Chapter 5 - How to get the most out of rondos

In simple terms: A rondo is a keep away style drill where one team with more players tries to keep possession against a smaller number of defenders who are trying to take the ball away. If you’re familiar with the childhood game ‘monkey in the middle’, you’re on the right rack.

Typically rondos take place in close proximity, with the possessing group usually circled around the opposing group. They are commonly used at the beginning of a training session to activate players mentally and physically and can be used with a variety of different formats. Typically if a defender wins the ball, they swap places with the player who lost it. Nobody wants to be in the middle for too long which incentivises the defenders to win the ball back.

Chapter 2 - How rondos can help your team

Rondos are a very popular style of drill at pretty much all levels from grassroots to professional because the skills players work on during a rondo are very applicable to what happens in game situations. Johan Cruyff the dutch football legend may have said it best:

‘Everything that goes on in a match, except shooting, you can do in a rondo. The competitive aspect, fighting to make space, what to do when in possession and what to do when you haven’t got the ball, how to play ‘one touch’ soccer, how to counteract the tight marking and how to win the ball back’ -Johan Cruyff

Here’s a summary of some key benefits of using rondos in training:

-Improves vision and awareness of surroundings

-Teaches players how to position themselves and find support angles

-Increased ability to pressure and win the ball effectively

Some of the most common rondo variations include 3v1, 4v1, 4v2, and 5v2. Keep in mind the ratio of attackers to defenders can have a huge impact on the difficulty of the drill. For example, with younger or more inexperienced players a 4v1 rondo will be much easier than a 4v2 rondo.

As we add players to the rondo, the complexity starts to increase. Todd Beane who worked directly with Johan Cruyff for 14 years explains how a rondo is basically a position play exercise without players in the middle of the field. For this reason, his academy Tovo Academy typically begins training sessions with a traditional rondo, then adds attacking players to the middle of the field in the next phase of training before transitioning to small sided games at the end. This training format gradually progresses the complexity of the training while ensuring players have a strong foundation to stand on. In a 4v2 rondo, the four offensive players can be thought of as a center back, two wing backs, and a player up top.

If we expand this out to a larger 7v2 rondo, we start to see a Cruyff’s preferred 4-3-3 formation taking shape without the middle of the field players.

Here you can see Todd discuss Tovo Academy’s entire portfolio of traditional rondos from a simple 3v1 all the way up to a 7v2 if you want to take a deeper look at the relationships between players in rondos of varying sizes:

So now that we know what basic rondos look like, let’s jump into some more exciting and creative practice variations that use the principles of rondos at the core.

Specifically, we’re going to go over 7 of my all time favorite drill variations coaches can use to reap the benefits of rondos while incorporating more skills, emphasising different aspects of play, and creating fun challenges. These ideas are sure to engage and inspire players at your next training session while helping them improve their reactions, touch, and much more!

You can also watch this video on our youtube channel for an overview of all seven variations discussed here:

Escape the rondo is the most basic rondo variation on this list out of the 7 due to the fact that it is the drill that most closely resembles the standard 4v2 rondo. However, there is a little twist. In this variation, if the defense wins the ball they have to dribble outside of the grid in order to get out of the middle.

This drill places an emphasis on the attacking team closing down quickly as soon as they lose the ball to prevent the players in the middle from escaping. Transitions in a match can have a huge impact and lead to goal scoring opportunities so this is a great way to ensure that your players are ready for when the ball changes hands.

This drill stokes a sense of competition amongst your players as the two teams see who can complete the most passes in a row.

If you'd like to incorporate fininshing with a rondo drill, then rondo to attack is the perfect rondo drill to work on both. In this variation players try to complete a minimum number of passes during the rondo portion, then once they've accomplished this they can go forward and try to score.

4. Two Teams Against One

In this drill the three teams take turns playing defence in the middle. Each team is in the middle for a specific amount of time. The teams that manage to complete the highest number of consecutive passes in a row while they are teamed up on offense win. No team wants to be the team in the middle that gives up the most passes!

Using the spaced out rondo is a great way to help players work on staying spread out on offense while providing good passing angles to their teammates.

In this variation the playing area is divided into zones which can only be occupied by one offensive player at a time. Meanwhile, the defensive players can apply pressure wherever they want.

If the defensive players win the ball, they play keep away against the attacker in the zone where they won it.

The three team possession drill is a fun and competitive rondo variation played with three teams. Essentially the team in the middle sends two players to apply pressure on the ball while the teams on the outside look to complete a minimum number of passes and send the ball over to the other side for a point.

If the team that has the ball on the side loses possession or the ball goes out of play, the team in the middle takes their place and they become the new defending team in the middle. This game can get extremely competitive and is usually a hit amongst players.

Find the killer pass is an excellent drill to teach players to move the ball as a team and execute penetrating passes into dangerous areas. It basically starts out as a large scale rondo where once a team completes a minimum number of passes, they can earn a point by playing a pass through the square in the middle.

To succeed in this game players need to learn to be patient and pick and choose the right opporunity to try to earn a point.

Chapter 5 - How to get the most out of rondos

As a coach it's always important to adjust and adapt your exercises so that they are most effective for the age and skill level of your players. The right level of difficulty should pose a challenge but still allow players to succeed. Here are a few ideas to adjust the difficulty of these rondo drills variations:

1. Consider the size of the space

A larger playing area will give players more space to work with and thus more time to think when the ball comes to them. Tight spaces force players to think more quickly as pressure is likely to arrive much sooner when the spaces are small.

2. Adjust the number of attackers and defenders

All of the rondo variations in this article can be used with different numbers of players. As a coach you have the ability to tweak the exercises to provide the right level of challenge. Obviously more defenders makes it hard for the team in possession to keep control of the ball.

3. Usage of neutral or 'all-time-offense' players

In many instances coaches can ease the pressure on the team in possession by adding neutral players to support in the attack. Using neutral players increases a team's numerical advantage when they have the ball making it easier for them to keep possession. For example 3v3 with 2 neutrals becomes 5v3 for whichever team has the ball.

Many of the exercises in this article require players to complete a minimum number of passes in a row or hold on to the ball for a specified amount of time before performing some action for a point. A coach can easily vary a drill's level of difficulty by adjusting these requirements. For example, it's much harder for a team to complete 8 passes in a row than 4 passes in a row.

In some situations putting a touch restriction on players can require them to think more quickly. When players can only take one or two touches this makes an exercise more difficult and the players have to know where they are going to go with the ball before it comes to them.

Rondos are a huge component of Pep Guardiola's training sessions. This video goes in depth on how rondos combined with position play exercises and training games lay the framework for elite coaches to improve their teams: