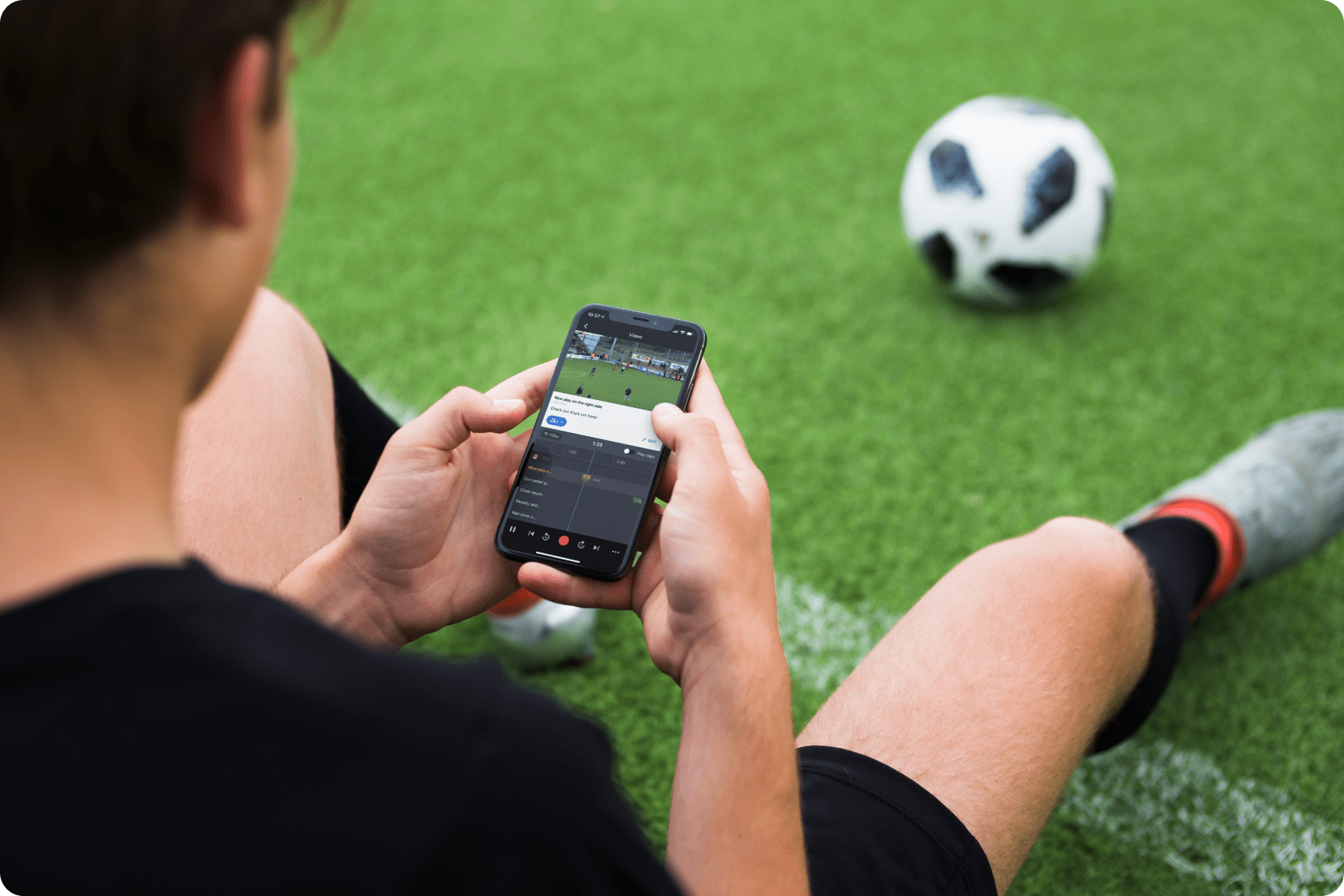 Many successful coaches have realized the powerful role video analytics can play in helping their teams and players improve. Let’s face it, giving players a chance to see themselves in action is a great way to help them understand what they’re doing well and show them where improvements can be made. If we dig a little deeper, it becomes apparent that there’s a wide variety of ways video analytics tools can be used to benefit teams. With that being said, let’s dive in and take a closer look at how you can use video with your team in the most productive ways possible.

Alright, perhaps this one is the most obvious. Never the less, when you consider the fact that 65% of people are visual learners it is clear that visual perception is an important part of the learning progress.

Without visuals, the majority of the feedback that players receive is auditory. Coaches typically give important cues and feedback in training or during matches. However, when combined with a visual component, this feedback becomes much more powerful as players have a chance to internalize and create a deeper understanding of the information throughout the learning process. This can apply to both technical and tactical development.

On the technical side of things, video can be a really helpful aid for players to take note of how they are using their bodies to perform the desired movements or techniques. Watching a coach’s demonstration or a professional is one thing, but allowing someone to see first-hand what their own technique looks like can be a great way for them to identify where they can improve.

On a larger scale, video is also an excellent tool to teach tactical understanding and improve on-field awareness. This can be especially true when players have an opportunity to watch footage filmed from a high angle because it allows them to see a new perspective with both team’s overall shape and positioning. Often times tactical instructions and strategies are things that coaches may have previously discussed with a whiteboard or similar, so video becomes a great reference for players to reflect on a coach’s instructions and see if they have been implemented successfully.

At the professional level, one of most common uses of video analytics is as a scouting tool. Scouting can be broken down into two categories: self scouting and opponent scouting. Self scouting is the process of looking at one’s own team to identify strengths and weaknesses. A lot of insights can be drawn from analyzing one’s own team which in turn is a great way to inform coaches how to best utilize practice time to help the team improve.

Additionally, scouting an opponent is an ideal way to prepare your team for their upcoming match. Taking note of an opponent’s strengths and weakness can help a coach develop a strong and informed game plan to maximize their team’s chances of success. One nice feature with the 360Player platform is that video can be linked to specific matches so if there is a team you’ve played before, it’s easy to go back and review your analysis from previous matches against them.

On a side note, another cool way to use video analytics is by filming training sessions. This way players can gain new perspectives and learn more quickly before it’s game time!

3. Learn From The Pros

By and large, professional players can be great examples of what to do and what not to do on the pitch. Let’s be honest, who better to learn from than those playing the game at the highest level? Through using our video analytics tool, a coach can break down how professionals play, point out examples of what they do well, and tag players on their team so that they can emulate these professional habits and bring them into their own game.

When players are tagged within the 360Player app, these tagged events are automatically saved in a player’s profile. This allows easy access for players to go back and reference previously saved clips to reinforce positive habits again and again. This also makes it easy for coaches to send out references for quality play to players in every position on the team.

4. Involve Players In The Process

Make no mistake about it, analyzing video can be a time-consuming process, especially if a coach wants to provide meaningful feedback to all of the players on their team. A great way to make video analytics more efficient is to include the players in the video analysis process. With 360Player a coach can make match footage available to everyone on the team and encourage players to tag themselves in places where they think they’ve done something well or where they think they need to improve.

Giving players this opportunity lightens a coach’s workload and also teaches players to watch their play with an analytical eye. Players can then comment on what they see and tag their coach to help stimulate good discussions about what’s happening on the pitch and which facilitate player development.

Beyond that, a nice benefit of allowing players to tag their own events is that it allows them to create highlight reels very easily. Often times academies, colleges, or professional teams want to see match footage of potential future players. With the 360Player platform a player’s highlights can easily and conveniently be saved and accessed at any time from a player’s profile.

One of the best ways to use video analytics is to highlight and reinforce the positive things that your team does. As coaches we all have the desire for our teams to improve so it can be easy to fall into the trap of only focusing on areas of weakness or where your team needs to develop further.

Studies have shown that top teams give each other five positive comments for every one criticism. With this in mind, showing strengths and positive things that the team does is a great way to increase motivation and confidence within the team.

All in all, video analytics is a powerful tool for player development and it is a tool that every coach should consider using to get the most out of their team. To find out more about the 360Player video analytics tool, click here.

"Giving your players the opportunity to see themselves in action is a great way to accelerate their development."