Passionate, innovative, and wildly successful, Jürgen Klopp is regarded by many as one of the best football managers in the world right now. But what is it exactly that makes Klopp such a special coach? 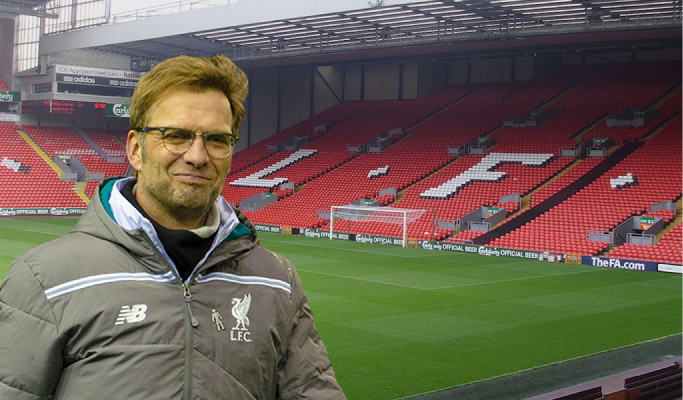 Passionate, innovative, and wildly successful, Jürgen Klopp is regarded by many as one of the best football managers in the world right now. But what is it exactly that makes Klopp such a special coach? In this article we will take an in depth look at four traits that have helped Klopp propel his teams to new heights throughout his coaching career as well as discuss how coaches can incorporate these positive traits while working with their own teams.

If you ever get the chance to witness Klopp on the sideline during a match, one of the first things you’ll instantly notice is just how emotionally invested he is in his side’s success. Energy levels are high, passions are flaring, and all the while he oozes an almost childlike love for the game. And Klopp himself is the first to admit it:

‘I am a very emotional guy. What I love, I do with all I have’ – Jürgen Klopp

The amazing thing is, his enthusiasm is contagious. Klopp’s players approach the game with a similar passion and excitement to their animated leader. It’s truly a great example of how a coach’s demeanor can have a huge impact on the state of their team.

From calm and composed to excited and energized, players tend to emulate their head man or woman. In fact, if you listen to Klopp during interviews, you’ll often hear him saying things like ‘if my energy and excitement gives my players this feeling, I’m convinced it’ll be enough to accomplish our goal’. He’s a man who truly leads by example and inspires passion within his teams which is why so many players love playing for him.

While there is no doubt that Klopp is an extremely confident coach, the more one listens to Klopp the more one realizes that he doesn't seem to have a big ego. Quite the contrary, he tends to have a more humble and workman-like demeanor.

‘People should not make me out to be like Jesus; I don’t walk on water. I’m really a normal football manager’. – Jürgen Klopp

Klopp tends to embody the belief that success on the pitch comes from hard work, day in and day out. After studying Klopp for awhile it becomes apparent that he has a growth mindset rather than a fixed mindset. For those unfamiliar with Carol Dweck’s research, essentially people with growth mindsets believe that talent and intelligence are not fixed traits. To put it another way, growth minded individuals hold the idea that success is a result of persistence and effort rather than being born with natural talent.

In sports psychology, the idea of having a growth mindset is a very liberating and powerful idea. It places value on embracing challenges, working hard, and viewing failure as an opportunity to learn rather than a debilitating set back. This philosophy is extremely valuable as a coach and instilling this mindset into one’s players takes things a step further. A team of growth minded individuals isn’t afraid to pursue tough challenges, sees the value in hard work, and believes they can achieve anything they set their mind to.

‘It needs time. Nobody wants to hear it, but that's the truth: if you want to have success in the future, you have to be ready to work now.’ -Jürgen Klopp

3. Klopp Is A Team-Oriented Leader

Klopp is the kind of leader that players like to follow because he leads by example. We’ve already discussed how he shows his passion and the kind of effect this has on his team, but another important aspect to consider is that he truly cares about the people in his organization.

´The only thing I can say is that I like people; I like human beings with their faults and with their strengths. ´ -Jürgen Klopp

Football is a team game and it goes without saying that building quality relationships with the people around you is crucial. With that being said, Klopp is known for having a nurturing and inclusive leadership style. When everyone feels important and feels they have a role to play, the entire organization functions better.

‘I’ve thought sometimes about what I like about football, and it’s playing together’. -Jürgen Klopp

This is an especially important takeaway to keep in mind when working with youth players. When an environment is created where everyone feels a sense of importance and responsibility, it really can go a long way. By truly caring for and supporting those around them, a coach can play an active role in cultivating such an environment.

4. Klopp Has A Tactical Philosophy He Believes In

As the man often credited for popularizing the football philosophy of Gegenpressing, this article wouldn’t feel complete if we didn’t take a look at some of the more tactical aspects that have contributed to Klopp’s success.

In essence the gegenpressing tactic refers to pressuring the ball immediately after it’s lost rather than dropping off to regroup and defend further back. In theory, the second that a team wins possession of the ball, that’s when they’re most vulnerable to lose it again. Gegenpressing is an aggressive tactic because it can leave attackers free as defending players commit to winning the ball back as soon as possible. However, proponents of gegenpressing say that it’s difficult for a ball carrier to make a long pass when they are put under immediate pressure.

Although Klopp didn’t invent the concept himself, he mastered and honed it to his advantage. It’s a strategy that fits his aggressive mindset and fiery personality. In order for the tactic to work most effectively Klopp says speed and organization are important. Additionally, his team needs to know when to stop hunting in the event that they don’t win the ball back quickly.

While Klopp loves to swarm the opposing ball carrier, other coaches have adopted other variations of gegenpressing. For instance, Pep Guardiola prefers his players to focus on closing off passing lanes while Jupp Heynckes sends one player to the ball while others play more of a covering role. Other coaches like to identify the opposition’s weak links and strategically pressure them when the ball comes their way. Tactical preferences aside, here’s a few drills you can use to help your team win back the ball quickly after it’s lost.

This warm-up exercise is a great way to begin a pressing training session and get players thinking about closing down an attackers space. It's a relatively simple passing exercise where players pass around the grid in a square. Meanwhile, the players standing in the opposite corner of the receiving side run across to try to pressure the ball carrier before they make their pass.

Another relatively simple drill, this 1v1 exercise places an emphasis on the defender applying pressure quickly so that the attacker can't turn towards the goal. In addition, the players have to stay alert because the coach chooses the attacker by playing the ball to one side at the start of the drill. If the defender manages to win the ball, they can earn a point by dribbling across the touchline opposite the goal.

When pressing the ball, teamwork and closing off passing lanes is also important. Swarm the ball carrier is an excellent drill to teach players to work together as they try to win back possession. Essentially how this drill works is that one attacker receives a pass in the middle and can earn a point by passing to a teammate on the outside of the grid. The defending players attempt to take away the ball carrier's passing options and win the ball back.