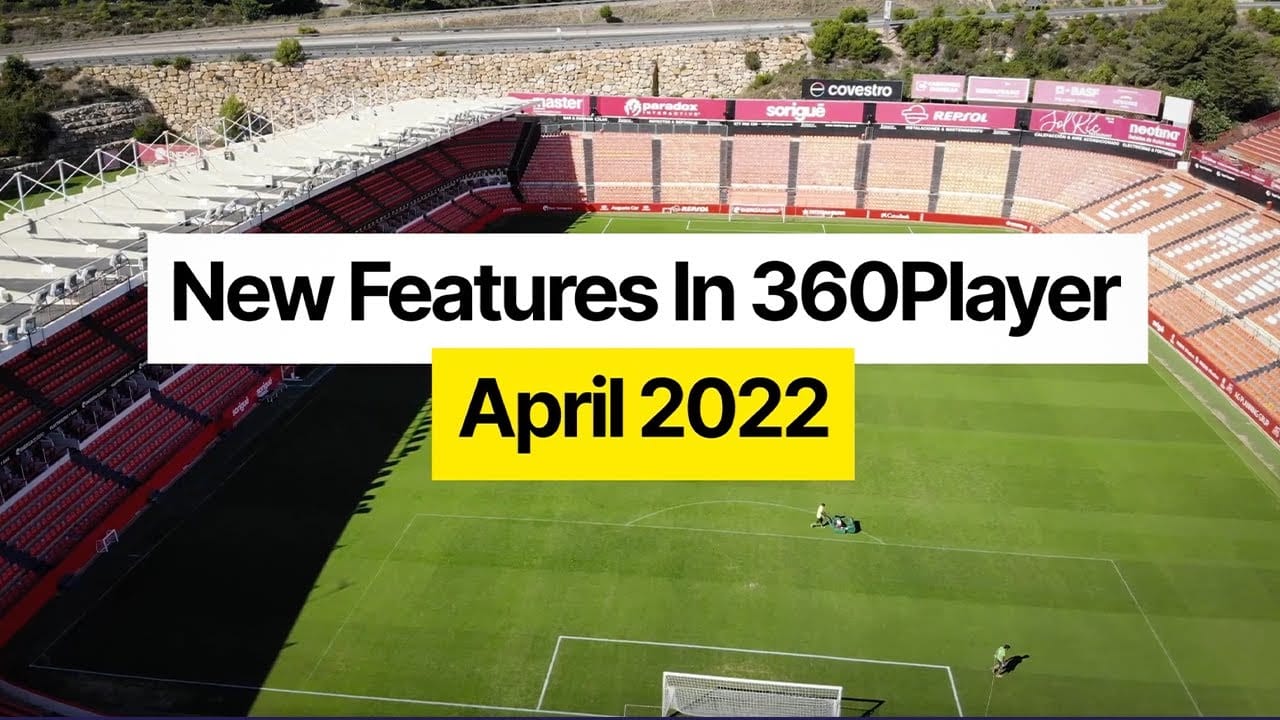 It has officially been six weeks since our February release, which means our development team has had the time it needs to bring plenty of new and exciting updates to the 360Player platform. In this product update we will take a quick look at what’s new, what has changed, and what we can expect going forward.

Our Video Library Has A Fresh New Look

The video library has gotten an entirely new look, with improved search, easier navigation and better looking thumbnails. The sharing of content should also be easier with updated interactions on how to share videos, playlists, and collections.

Speaking of visual changes, we have cleaned up our menu system as well. On the desktop sidebar menu we’ve sorted items into categories such as communication, development, reporting, and more so you can effortlessly find what you’re looking for.

On mobile, we’ve added the calendar directly to the bottom menu. Now parents, players, and coaches can see their team’s schedule and events quicker than ever before.

Another exciting new area that has seen a lot of development for this release is the team page. This page is where you can see all of the coaches, players, and parents that are inside the group. In this release we’ve made it possible to accept and manage pending requests for the group directly on the team page. In addition, coaches can now add virtual players. This makes it easier to keep track of players that aren’t normally a part of the group such as guest players as well as lays the foundation for scouting profiles in the future!

Lastly, our users have been loving the functionality of our payment platform with clubs from all around the world now using 360Player to collect payments and club fees. In this release we have added new filters to the contacts page so that large organisations with many contacts have more options to sort and find the specific contacts they may be looking for. Search for contacts by products assigned, contacted added date, group role, and much more!

This concludes the bulk of our largest and most exciting updates in this release. Below are some additional minor features and bug fixes.