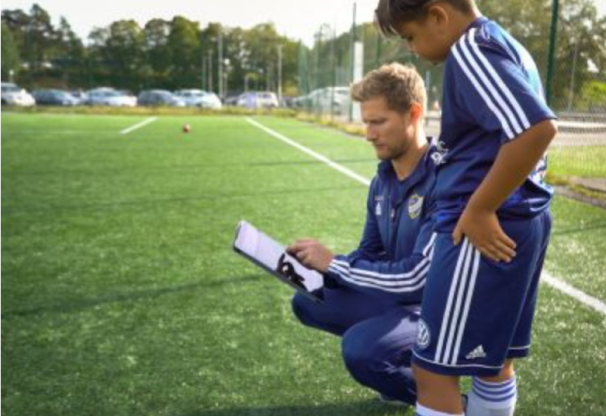 As coaches ourselves, we know that there are a lot of things to think about when you’re running a team. Of course there’s the managerial tasks like planning training sessions, scheduling events, and communicating with people in your organization but then also there are the more fun tasks like developing players, strategizing, and trying to make your team as strong as possible.

Overall though, I believe a coach’s number one mission should be to help players become the best they can be both on and off the field. For the off-field portion, coaches have an amazing opportunity to make a difference in the lives of others by being good role models, teaching life lessons, and creating powerful connections. Then there’s also the on-field portion as many players have dreams of playing at higher and higher levels. If you really want your players to maximize their full potential on the field, here are three things that you absolutely must have as a coach.

Does this sound familiar?

You’ve got about 20 players on your team, each of whom is trying to get better individually, and maybe they even have goals such as earning a starting position or getting more playing time.

Let’s be honest, when there’s only one coach it can be tough to give each and every player the maximum amount of attention that they need to develop and thrive. It’s no fault of the coaches. Most coaches have tons of things to worry about- as we’ve mentioned there’s administrative tasks, planning training sessions, developing tactics and strategies for the entire team, and that’s just scratching the surface!

When you consider all that coaches have to do, it comes as no surprise that on the individual level, it’s not uncommon that players can get left hanging a bit without a concrete plan to improve.

Imagine for a moment that each and every player on your team knew exactly what they should work on to improve as a player and become a more significant contributor to your squad. Well, that in essence is the beauty of individual development plans.

So you’re probably wondering, why on earth would a coach not have individualized development plans for their team?

Well as we just discussed, most coaches are hurting for time. And to do this the right way, it takes a lot of time! First a coach has to assess their players, establish their best potential positions, decide what skills need to be practiced, and put plans in place for players to follow. If a coach is truly putting a lot of thought into every player’s development, creating a custom plan for each individual takes a lot of effort. And then there’s the process of documenting progress, following up, and giving feedback so that players are constantly on track to achieve their goals. Even for the most skillful and caring of coaches, this is quite a demanding process.

The good news is, there’s an easier way.

The trick is to leverage smart technologies to do the heavy lifting for you. 360Player has always taken a holistic approach to player development because our belief is that great teams start with great individuals. So we set out on a mission to develop the necessary tools for every player to get the maximum amount of feedback possible without placing more work on the shoulders of coaches.

After years of research and development, we now have algorithms that have been rigorously tested and are based on scientific data from thousands of professional players that can help players see exactly what they need to do to improve.

Here’s how it works:

First a player takes an assessment which can be done by themselves or the coach. The user experience is pretty similar to creating a player on fifa- basically it consists of filling in levels of ability on skills such as long passing, dribbling, and speed. As soon as the assessment has been filled in, the most time-consuming part is already done because 360Player does the rest.

With this data, our algorithms can show which positions on the field the players can play to maximize their potential and then based on which position is chosen present a customized training plan for players to improve in the most optimal ways. If both the coach and the player fill out an assessment, it’s easy to compare and facilitate valuable development discussions. We also make performance reviews an easy part of the process so that players can take their development into their own hands, reflect on their goals, and document it so that it can be referenced at any time.

In essence, 360Player streamlines the entire process so that each and every player gets as much attention as possible even with a very small amount of input. Little in, more out, that’s our motto.

Through taking assessments, players can get indiviudalized development plans so they know exactly what to train to improve and help the team the most.

There are no two ways about it:

Injuries can pose serious setbacks to the development process.

Did you know that most injuries can be prevented simply by keeping an eye on the physical strain of your players? According to the American Academy of Pediatrics, the majority of injuries in youth sports are due to overuse.

So how can we ensure that players are training enough to improve as much as possible, without overtraining and causing injuries? This is another area where we can use data collected within the 360Player app to help us.

Within the 360Player platform, every time a player participates in a physical activity, they have the ability to log to their profile how strenuous the activity was from very low to very high. For whole team events, coaches can log trainings and matches and set the estimated physical exertion for all players. The beauty with this is that since coaches can also take attendance in the platform, the data automatically gets logged for all players who attended.

Once the data is in the system, this is where the magic happens. Our algorithms take into account all of the recent physical activities players have done to generate an accurate estimate of the current level of physical strain for all players in the team. As a coach you can look at the overall strain level for your entire team, or easily look through a list of your players to see who can train hard and who should take it easy to avoid any setbacks.

By tracking physical strain it's easy to see when players can train hard and when they should take it easy to avoid getting injured.

Entering into the 2020s, let’s face it, video is everywhere! And when it comes to developing better teams and players, that’s a really good thing.

Many have realized that video is an incredibly valuable tool for players to improve both technically and tactically. When coaches can combine their feedback with good visual examples from trainings and matches, players have a much better chance of creating deeper understandings and solidifying key concepts more quickly throughout the learning process.

When it comes to learning technical skills, watching a demonstration is one thing. But even better is having the ability to see one’s own body in action performing the desired techniques. This makes it much easier for players to notice and make the necessary adjustments to master new skills more quickly.

On a larger scale, video is also an excellent tool to teach tactical understanding given the fact that players can watch themselves in action from a completely different perspective. Watching match and training footage filmed from a high angle can be especially helpful due to the fact that it is much easier to see a team’s overall shape and positioning.

To top it all off, video can be really helpful in other ways as well such as scouting opponents, creating highlight reels, and spreading positivity amongst your team. We could really go on and on about all the amazing ways to use video, but that’s beyond the scope of this article…

Check out these ways to use video analytics if you’re curious about how to become even more video savvy.

Using video is a great way to improve both technical skills and tactical understanding.

Final Thoughts: 3 Things Every Coach Must Have

Hopefully after readying this, you’ll conclude that there are a ton of great tools out there for coaches. And the deeper you dig, the more you realize that there are some things that are essential to help every player reach their full potential. Today through the use of technology it’s easier than ever to ensure that every player gets the attention they need and to deliver best possible experience for your team.

If you want to learn more about what the 360Player platform can do, you can check out an overview here.