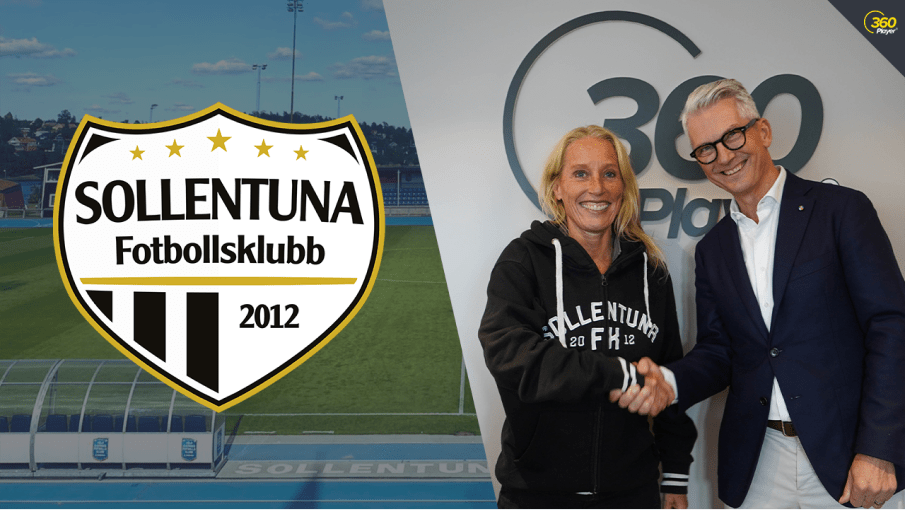 Sollentuna FK one of the largest clubs in the Europe has agreed to a 3.5 year deal with 360Player which will give thousands of players, coaches, and families access to state of the art development and management tools inside of their sports organisation.

The total number of users that will have access to 360Player through this break through deal is expected to be over 12,000 which includes over 4,800 players and coaches, as well as over 7,000 parents and family members.

Sports director Lena Whitman had this to say about the deal:

‘Sollentuna FK have made it a priority to modernise and improve every aspect of the organisation. With new branding and modernised tools, 360Player will play a large role in taking our organisation to the next level in every aspect.’

360Player’s product offerings have progressed rapidly which now makes them a very attractive choice for clubs who want one platform that has everything they need.

Sollentuna FK will be implementing the 360Player payment platform to collect club fees and invoices from all players and families in their organisation. They will also be pilot users of 360Player’s new website builder function which will allow them to create a fully customisable public website that is deeply integrated with data from inside the app.

360Player CEO Mats Kraitsik had this to say:

‘We are excited to kick-off what we expect to be a long and successful partnership with Sollentuna FK. As the second largest club in the Nordics, and one of the most innovative in the world, it’s a great feeling that they have chosen the 360Player platform to be the core club.’