How To Play Zone Defense - The Strengths & Weaknesses of Cover 2, Cover 3, & Cover 4

In this article we’re going to break down some of the most common zone defenses that are proven to be effective at all levels of American football. 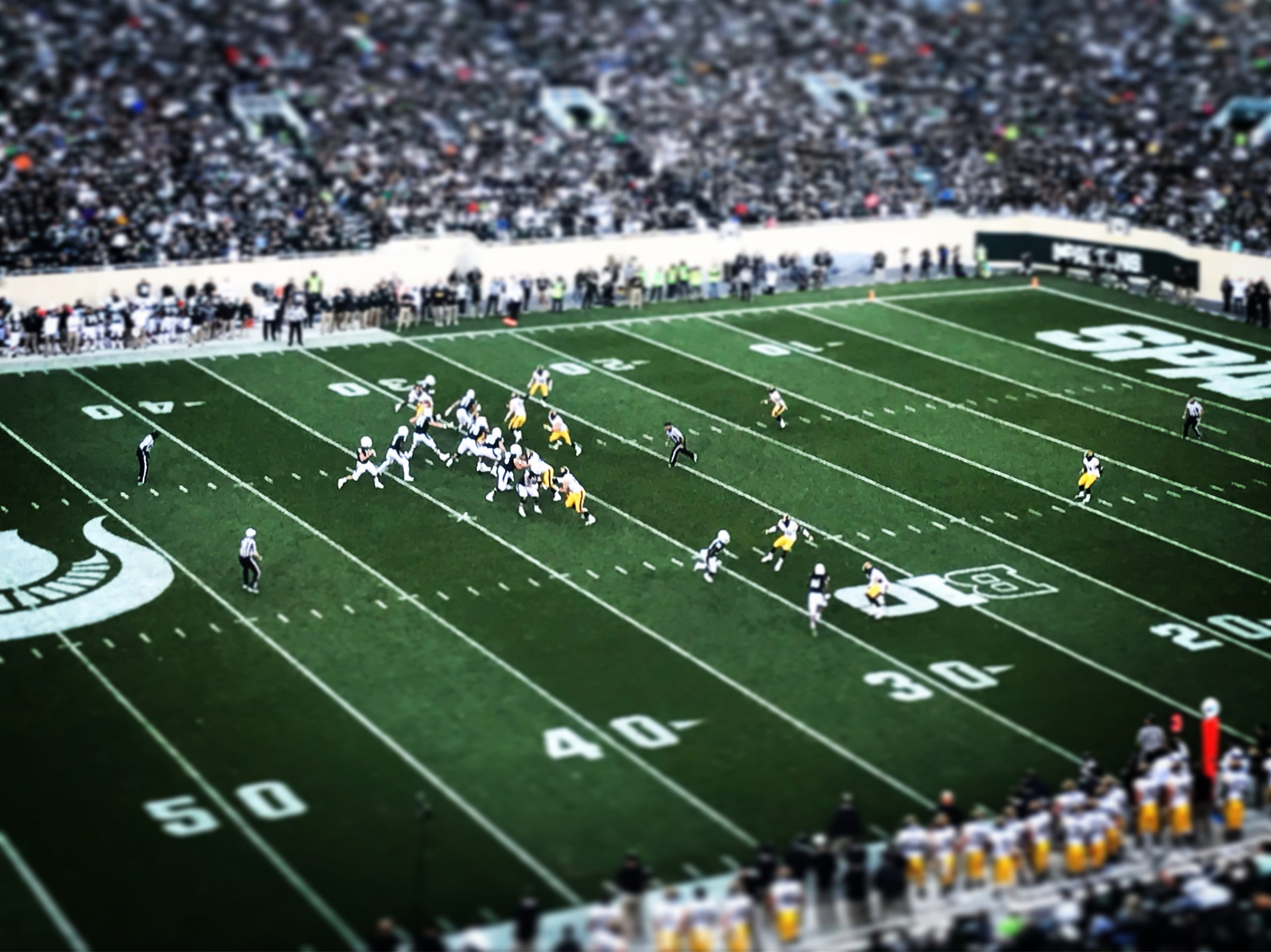 Essentially in football there’s two types of defensive coverages when defending against the pass. There’s man coverage where defenders are responsible for covering an opposing receiver, and there’s zone coverage where defenders are responsible for covering areas of the field rather than specific receivers. Most football teams play a combination of both man and zone defense, but in this article we’re going to break down some of the most common zone defenses that are proven to be effective at all levels of the game.

Zones of The Field

Let’s take a hypothetical situation and say that we could use nine defenders in coverage against an opposing offense. (In reality this rarely happens because you’re left with only 2 rushers to put pressure on the quarterback where most teams like to rush 4 in their base defense) With nine players in coverage you could have four defenders covering the deep part of the field, and five players protecting against passes underneath.

In this situation each of the deep defenders only needs to cover a horizontal distance of 13 yards which is quite manageable when quarterbacks have to throw deep down the field to attack the areas covered by these defenders. Underneath the field is split into five areas. The outer zones are referred to as the flats, then the next in is referred to as the curl area, and then you have the hook area in the middle. With one defender responsible for each of these areas the entire field is sufficiently covered. We refer to this play as ‘cover 4, 5 under’ as the number of the coverage that comes first is always determined by the number of deep defenders.

In this hypothetical play, the field is well covered, but rushing the quarterback with only two players gives them too much time.

As we mentioned previously, you rarely if ever see nine defenders in coverage because with only two pass rushers, the opposing quarterback will have all day to throw. Even with excellent coverage down field, if given so much time to get open, it’s only a matter of time before the quarterback can find an opening and complete a pass to a receiver. Because of this, most teams typically rush with four defenders and drop seven back into coverage in their base defense.

Of course there’s tons of different situations where a defense may want to send more or less than 4 defenders to rush the quarterback. For instance, if a team wants to blitz to force the quarterback to throw quickly, it’s common to rush with 5 or 6 players leaving fewer players in coverage. For the purposes of this article we’re going to cover the most common types of zone coverage with 4 pass rushers and 7 zonal defenders.

The two most common types of zone coverages used are cover 3 and cover 2. Most coaches will call both types of coverages to mix things up, keep the opposing team off balanced, and also both coverages have their strengths and weaknesses so one may be more preferable than the other depending on the situation.

In a cover 3 defense with four pass rushers you’ve got three deep defenders, each covering a third of the deep area, and four players underneath. Cover 3 is a really solid coverage but with five zones underneath and only 4 players to cover that area, it can be a bit vulnerable to quick underneath passes. In addition, with 3 players deep it can sometimes be difficult if a team sends four players on vertical passing routes.

In general though, cover 3 offers a lot of protection against vertical routes especially routes that attack the deep middle of the field such as deep posts. Cornerbacks can drop back to defend against wideouts running vertical and neutralize a lot of the vertical threats if the defenders play it well.

Some of the weaker areas include the flats, as most linebackers or DBs that are playing the curl/flat area will start with the curl area before working their way out to the flat. Quick passes in the flats can leave this coverage susceptible, but coaches will often play different variations and interpret cover 3 differently which could lead to other areas underneath being vulnerable if the flats are shored up.

One way to compensate for the flat vulnerability is by bringing the cornerbacks closer to the line of scrimmage. Having good corners is a real asset to being a solid cover 3 team because if your corners are fast and talented, they can eliminate the quick threat in the flat while still playing effective deep coverage and not getting beat over the top by a speedy receiver.

If you want to shore up the underneath area, cover two can be a more effective coverage than cover 3. In this set up you have two deep defenders, each responsible for a half of the field, and five underneath defenders responsible for the underneath zones. Typically with cover 2 the safeties take the deep halves while the corners stay in the flats (in contrast to cover 3 where typically one safety takes the deep middle and the corners cover the deep outside thirds).

In theory cover 2 is stronger than cover 3 against the short passing game, but is more vulnerable against deep passes. Just like cover 3, there are a lot of variations of cover 2. In some variations corners stay pressed up to the line of scrimmage to really guard against short passes where as other variations may allow them to drop back a bit more offering a bit more relief to middle and long range passes, depending on the routes of the receivers.

One main thing to keep in mind is that corners in cover 2 want to force the opponent’s outside receivers inside because with only two defenders deep, the defense wants to tighten the vertical area as much as possible.

Where cover 2 can really have some problems is if the offense sends three of more players on deep routes, especially if the outside receivers run streaks and a slot receiver runs a deep post. Another version of cover 2 called ‘Cover 2 Buc’ or ‘Tampa 2’ was developed by Jon Gruden when he was coaching at Tampa Bay where a middle linebacker drops deep into the middle if they read pass to provide some relief against deep balls over the top.

In a ‘soft’ cover 4, the corners tend to position themselves outside of the receivers and all four deep defenders place a focus on keeping everything in front of them and not getting beat deep. However, if you’ve got really strong cornerback play, the corners can place themselves a bit more inside to give some slight relief to the underneath coverage. This can be a bit more risky but if your corners are fast enough to keep up with deep outs and vertical routes, it can be very effective.

If you’d like to further your understanding of these different zone defenses, check out Rams Head Coach Steve Spagnuolo break them down in this video.